By : BellairePTon : January 2, 2016 comments : (Comments Off on Case Report: Physical therapy for ulnar neuropathy following MVA in a patient with HALO placement and C2 grade 3 fracture)

The patient is an otherwise healthy 56 year old white male involved in an MVA resulting in loss of consciousness. The patient was admitted to a local trauma hospital where MRI and X ray imaging revealed a C2 grade 3 fracture and right ulnar dislocation. The patient was treated with a HALO orthosis placement and non-surgical reduction of the ulnar dislocation. The patient was discharged from the hospital after 5 days to his home where he began home health rehabilitation with OT for his hand. Five weeks following his injury onset the patient began therapy in our outpatient PT clinic. The patient completed the Quick Dash scoring 61.3% disability of the right UE. Examination and evaluation revealed the following objective data;

Examination of wrist and hand: Inspection:

The most noted physical impairment to the patient was “Pinky in R hand does not adduct towards midline nor does it flex when patient clenches his fist. Pt reports 2/10 Pain in elbow. Numbness and tightness is evident when patient tries to clench fist.” Therapy was initiated with the following goals:

Patient presents with: 1. Disused Atrophy of R UE and hand

The patient attended 8 sessions of physical therapy over the next 4 weeks (11/20 – 12/23) and demonstrated completion of goal 1, improvement in his grip strength to 45 lbs, QUickDASH improved to 43% disability, and pain in his elbow was reported only after excessive activity. The patient reported constant numbness and tingling in his hypothenar eminence which was helped by ice or heat.

The patient had several episodes of pin site infection and anti-biotics were prescribed. The AB did not always address the injection and the PT provided encouragement fo rfollow up with the physician for another AB. The patient had developed HTN for which he received medication from his primary physician. The Patient had to return for the HALO to be relocated due to loosening of the orthoss in his skull. The patient had a few follow up visits with his orthopedic doctor whom stated he would require surgery to recover and referred back rather exclusively to his inability to cross his fingers as the marker for success. The patient had an NCV which revealed ulnar nerve damage. The 3 month CT scan to review healing of the cervical fracture revealed  _ and the patient had ceased therapy due to his anxiety of doing damage to his neck around this milestone imaging appointment from 12/23 through January 4th, during which time he did not perform his home program.

Was His Pain Cancer? In "Blog"
BK or McD? PT or MD? In "Uncategorized"
Previous post
Help! I’ve been rear-ended!
Next post
Sleep Disturbance due to Shoulder Pain ? 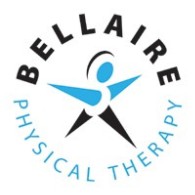 Is motion necessary to strengthen a muscle?

Welcome to Bellaire PT - Your Last Stop for Rehabilitation